I can’t believe I haven’t written here in so long.

My blog was hacked about two years ago. Life got busy and I just never got around to looking into it. Long story short – my blog is BACK!!!! I did lose the pictures, but I still have them on a hard drive some where…

We are all doing well. 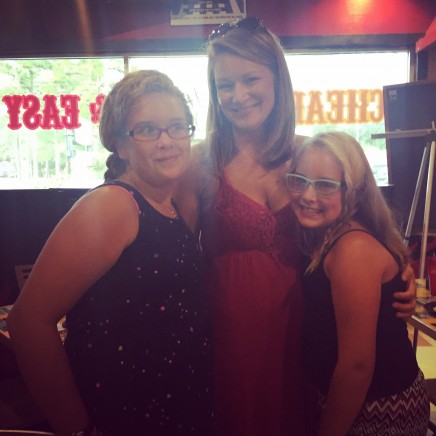 We’ve been in the new house for just over a year now. It finally feels like home to me. Our pictures are on the walls. We’ve painted. We’ve made it our space.

Carys is 11! Can you believe that?
She had a great summer at two different camps, spent lots of time with Nana on the beach and at the pool, and played SO hard. She just started middle school this week. I knew it was coming, we were well prepared. Then the week approached and I felt like she was going to kindergarten all over again. I cried when I dropped her off and she repeated words I’ve spoken to her many, many times. “We’ve got this. No big deal. We’re moving forward and growing up.”
She had a great first day. And a fabulous second day. She’s excited about her teachers, changing classes, her locker, starting band, and changing for gym. We signed her up for swim team again
Before you know it, I’ll be crying while dropping her off for her first day of high school.

Cailyn went to camp for the first time this summer. She said she had fun, but she wasn’t sure if she wanted to go back next summer. I wasn’t surprised by that, at all! She went the same week as Carys, which was helpful when Cailyn was very homesick. She had a great start to 4th grade. She has a few friends from last year in her new class and lots of new friends in the making. She’s interested in joining chorus and playing soccer and volleyball.
She’s been very interested in trying new things since the move. She cheered for football and basketball last year. She played volleyball which she loved.
She’s turned into QUITE the chatterbox and loves to talk to everyone she sees. She’s changed a lot in the last year.

Here’s a snapshot from the first day of school 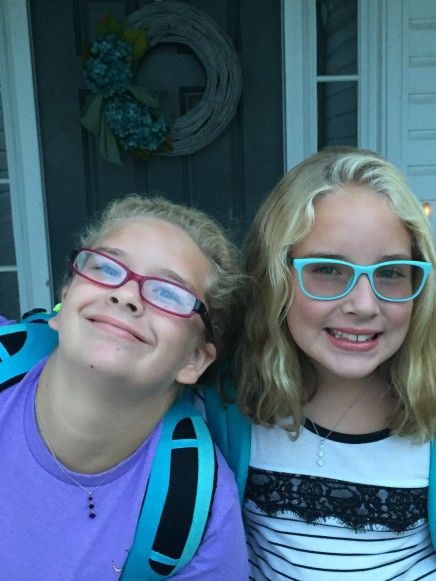 Life is crazy.
But we’ve got this. No big deal. We’re moving forward and growing up.

This entry was posted in Chatter, Uncategorized. Bookmark the permalink.